Often branded as an inferior form of insurance coverage, Term insurance is however, still a basic building block of insurance and arguably an important type of insurance.

In this article, the nitty-gritty is spared and you will be provided with an easily comprehensible explanation to the pros and cons of purchasing it and how it can have a place in your financial portfolio.

WHAT IS TERM INSURANCE?

A Term Insurance is a short term, “Protect as you pay” insurance. There are no Cash Value, meaning when it is surrendered, there is no surrender value at all.

Think of term insurance like a lottery ticket, and you can only claim the winnings if certain conditions are met. It is named as such because there is usually a finite period (or term) of time in which the insurance is active.

It is evident here that a basic risk exchange mechanism is at work; a person is usually clueless to any forthcoming catastrophic events or whether it will happen within a certain period of time, and is willing to exchange a certain sum of money in exchange for financial certainty.

WHAT ARE THE FACTORS AFFECTING THE PRICE OF TERM INSURANCE?

Length of coverage – the longer the term insurance, the more premiums an insurer is likely to charge.

Health condition – premiums will be higher if the customer has health conditions due to the higher risk that the insurer is taking. Certain cases of severe health defects will even be declined coverage – meaning to say, you can’t even buy Term Insurance even if you wanted to.

It’s Cheap – Dollar for dollar, the coverage per dollar spent on premiums is higher compared to other insurance types.

It’s Flexible – Premiums are paid annually. If for any reason you decide that you do the remaining years of coverage is unnecessary, just stop paying the premiums. No financial penalties will be incurred for stopping term insurance.

Finite coverage – most plans only cover a person up to age 65 and some might argue that cover is most important beyond that age.

No savings or investment returns – More often than not, insurance agents would point out that premiums paid would go down the drain when you buy term insurance. Other insurance types such as Endowment Plans or Whole Life Insurance Plans can offer you a chance to get your premiums back or more. However, we believe that it is not a disadvantage as that is the nature of Term Insurance.

Term Insurance allows you to shore up any shortfalls in coverage that you might have as it is cheaper compared to other types of insurance.

Term Insurance is also great for folks who want to do their own investments. The phrase “buy term and invest the difference” highlights Term Insurance as a great strategy to separate insurance from investment and then using the “difference” to invest elsewhere.

It gives the lowest amount of commission to agents (compared to usual Life and Endowment Plans) which results in agents shying away from this recommendation. The agents can’t be blamed but rather it is the commission system that is as such.

Term Insurance is low cost and you pay to be insured. If you stop paying for the plan, you will not be insured and there is no surrender value, nothing to be taken back.

In conclusion, Term Insurance is a great strategy if you want to take care of your own investments or tap on the savings that come with lower commission paid out. If you have several other main Life or Endowment plans, you may want to have one term insurance as it is a shorter period of coverage at the lowest premium cost possible. 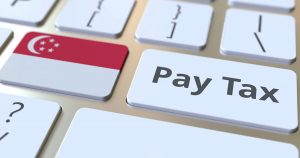 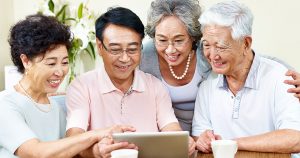 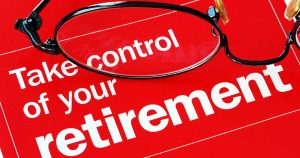 5 Important Facts About CPF LIFE That You Should Already Know